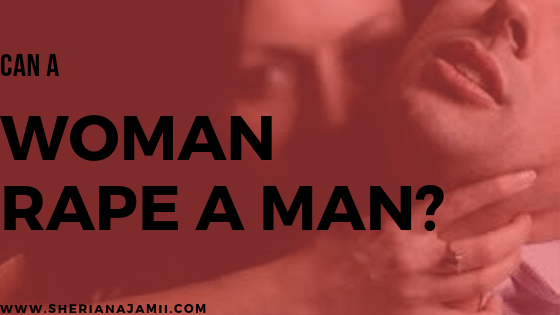 This might be an uncommon question for common people. However, it has very important legal implications. Here you will see the position of the law regarding the question asked taking Tanzania as a case study.

In ordinary life, it is very common that it is only men who are accused of rape however in some instances you might see or hear some men are complained to have been forced to have sex with a woman without their consent, is that Rape?

“It is an offense for a male person to rape a girl or a woman.”

Further Section 130(2) of that law provides circumstances where a person can be said to have committed rape after having sexual intercourse with a woman or a girl.

READ ALSO  What is a civil case? [examples + procedure]

From those provisions the important ingredients of rape are

(a) Penetration however slight is sufficient to constitute the sexual intercourse necessary to the offense; and

(b) Evidence of resistance such as physical injuries to the body is not necessary to prove that sexual intercourse took place without consent.

Can a male rape female?

However, you might hear or see a man forced to have unlawful sexual intercourse with a woman but according to the law of Tanzania and that is true for the law of England and Wales a woman cannot rape a man simply because the law recognizes the only man to woman action and not vice versa.

This position of the law attracts unending debate all over the world. The authors of a new study of the phenomenon say perhaps it should be.

You may consider reading Can a husband rape his wife?

Spread this knowledge by sharing this post. Sharing is caring.